Home Contract Contract Language (All You Need To Know)
Contract

Contract Language (All You Need To Know)

What are the best practices you should know about?

How do you ensure your contractual obligations are clear?

In this article, we will break down the notion of contract language so you know all there is to know about it!

We will first see what are the legal verbiage in a contract, contract language basics, how the contractual terms should be structured, some example of how contracts are worded and more!

Contract language represents the language, wording and terms used to describe the parties’ obligation in a contract.

The way you draft your contract and the words you use in combination with one another will convey the legal rights and obligations of the parties enforceable in a court of law.

A contract is a legally binding instrument granting the contracting parties some rights but also some obligations.

Depending on how a contract is worded, the obligation of a party may be affected as a consequence.

Some contracts can be very short and simple while others can be extensive and highly complex.

If your contract language is clear, the obligations stemming from the contract will be clear.

If your contract language is ambiguous, then you may have a higher chance of running into trouble due to potential interpretation issues.

All business owners need to sign a contract and deal with contract language on a regular basis.

This makes it important to know how contracts are drafted and the typical terms and conditions in them.

Many refer to contract language using the following terms:

These terms refer to the same thing: contract language.

A contract is a legally binding and enforceable agreement between the contracting parties.

The contract language or the “terms and conditions” used to express the rights and obligations of the parties can have a significant impact on their legal obligations, risk exposure and potential success or failure of the contract.

To start with, for a contract to be clear, the language used must be clear.

In other words, the author of the contract must ensure that each contractual clause is drafted in simple and plain language so it can easily be understood.

For the contract lawyers out there, as a word of advice, it’s best to avoid using Latin terms and phrases or legal jargon in your contracts so to ensure that the parties understand the obligations they are committing to.

Clauses to complement one another

The contract should be written in a way that each section of the contract complements the other sections to avoid any conflicting obligations.

Your contract should be structured in a way that the specific terms and conditions are clear depending on the nature of the contract you are singing.

For example, every contract will have the following basic structure:

If you are signing a sales contract, the language of your contract will reflect a sales-related transaction.

If you are signing an employment contract or a general business contract, your contract language terms will be adapted accordingly.

Let’s dig a little deeper into the contract structure basics so you know exactly how to frame your contract properly.

A contract will generally have some aspects that are general and common to many different types of contracts also called “boilerplate language” while some other aspects will be specific and related to the specific nature of your contract.

What are the typical sections of a contract?

A contract will most often have its title right at the top of the first page.

The title will give a high-level idea of the nature of the contract being signed.

For example, you can have:

Then you have the identification of the parties.

Individuals are referred to by their name and address.

Business entities are referred to by their official name and DBA, address, the law of incorporation or formation and name of the authorized representative.

Here is an example of a contract between an individual and an entity:

The preamble is a section where you have the “WHEREAS” provisions or somethings “CONSIDERING” provisions.

The “whereas” provisions provide a description of the purpose of the contract or some background information to put the contract in context.

Here is an example:

The words of a contract should be interpreted based on their meaning in the English language.

However, in some cases, the contracting parties may want to change, tweak or modify the definition of a certain word.

To change the definition of a word in a contract, you must first define the word in question and subsequently refer to that work by capitalizing the word.

For example, the term “affiliate” is defined as follows in the English language (Merriam-Webster Dictionary):

to associate as a member

In a contract, the term affiliate can be defined between the parties as:

any entity which directly or indirectly controls, is controlled by, or is under common control with the subject entity

When the contract defines the term affiliate, then any subsequent use of the defined term will be capitalized (“Affiliate”).

Specific contract language relates to specific aspects of your contract depending on its nature.

For example, in a professional services contract, specific clauses will need to be included to define the nature of the services, acceptance testing, the deliverables and so on.

In a software-as-a-service contract, the special provisions will include things like hosting provision, data processing, use and access rights and so on.

The general contract language or terms are those provisions that apply to all types of contract regardless of their nature.

For example, a contract may have:

These are referred to as “standard clauses” or “general terms and conditions”.

The contract will be signed by the parties on the signature block.

The last main component is the contract annexes, exhibits and schedules.

These are additional terms and conditions that parties can include in a contract.

Here is a brief description of each:

To have a complete contract, you don’t need to have hundreds of pages of law wording, endless capitalized terms and thousands of defined terms in contracts.

You can have a defendable and complete contract of merely a page or two.

Granted, the more your contractual obligations are complex, the more it is justified to have a longer contract.

However, there is some legal verbiage for contracts that are essential:

Elements of a contract

For a contract to be validly formed, there are certain elements of a contract that need to be observed such as:

This means that your contract should minimally identify the parties, have them state their capacity and authority to sign, detail the price and the nature of goods and services exchanged.

If a business or a person does not pay attention to the contract wording and language, it may end up with an unwanted surprise.

Unfortunately, in many instances, contracts are lengthy, verbose and with terms potentially conflicting or leading to confusion.

In that case, a contract can lead the contracting parties to misinterpret their obligations leading to a contractual dispute.

Here are some contract language challenges that are typically seen:

As a word of advice, the more the contract value is important for you or the nature of the contractual relationship is risky, the more you should consider hiring an attorney or contract lawyer to support you in the process.

Examples of legal wording for contracts

Contracts can be written in different ways and have a different voice.

You can write an essay, a novel, a book or a poem, you are using English words but the tone is different, the message conveyed can be different and the interpretation can be different.

Contracts are the same.

Contracts will have their own tone if you are drafting a contract, a policy document, a declaration, an acknowledgment, formulating a prohibition, detailing an obligation or other.

When you are referring to the language of the agreement in a contract, you’ll see statements like:

When formulating a prohibition, you’ll see wording such as:

“Neither party shall disclose confidential information received during this contract”

“Party A shall not reverse engineer the software”

The language of discretion is seen in the following way:

“In Party A’s sole discretion can request a refund”

“The client may elect to terminate the agreement”

The language of obligation is when a party or the parties commit to an obligation of some kine:

“The Service Provider shall deliver the Work Product within 30 days”

The legal wording of contracts can have an important impact on the obligations of the parties and how those obligations are interpreted.

Properly understanding contract language will help you better understand your obligations and clearly appreciate your rights.

In addition to the proper language in a contract, your contract should also provide for some essential elements so it can be enforceable.

You need to make sure the parties are clearly identified, the considerations are outlined and the parties sign.

By following these contract language guidelines, you’ll minimize risk while you scale your business. 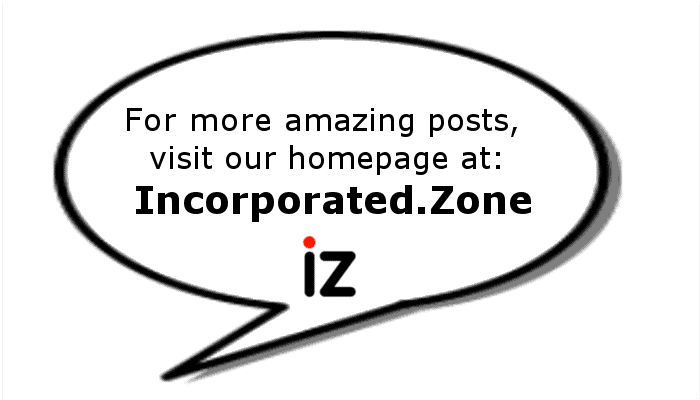 Editorial Staff
Hello Nation! I'm a lawyer by trade and an entrepreneur by spirit. I specialize in law, business, marketing, and technology (and love it!). I'm an expert SEO and content marketer where I deeply enjoy writing content in highly competitive fields. On this blog, I share my experiences, knowledge, and provide you with golden nuggets of useful information. Enjoy!

Acquirer Meaning (Complete Definition: All You Need To Know)

Assignment of Contract (What It Is And How It Works: Best Overview)

Welcome To My Blog!

My name is Amir and I'm the owner of this blog. I'm a lawyer and expert blogger proud of serving millions of viewers on this blog. Curious to know how I can help your business be more profitable?

Amortized Cost (What It Means And How It Works: Explained)

Amortized Cost (What It Means And How It Works: Explained)
Read more

Black Knight (Definition And Strategies: All You Need To Know)

Black Knight (Definition And Strategies: All You Need To Know)
Read more

Duly Signed (Meaning And Legal Definition: All You Need To Know)

Duly Signed (Meaning And Legal Definition: All You Need To Know)
Read more

Merger vs Acquisition (Key Differences: All You Need To Know)

What Is A Holding Company (Overview: All You Need To Know)

What Is A Holding Company (Overview: All You Need To Know)
Read more

Open Listing (Definition: All You Need To Know About Open Listings)
Read more

ABOUT US
Incorporated.Zone is a blog aimed at providing useful information about business, law, marketing, and technology. You will find different types of amazing content such as definitions, guides, reviews, comparisons, and other types of articles intended to provide you the knowledge you need to make decisions. To help me operate this site, I earn advertising revenues by having ads displayed on my blog. The revenues help me make enough money to help me pay for the cost of running this blog and providing you with awesome and free content. I also participate in affiliate advertising programs that are thoroughly vetted, such as that of Amazon.com and others, where I may earn a commission by linking to the affiliated company's products and services. I will only refer my audience to companies that are reputable, offer great products and services, and can bring you value.
© 2022 - Incorporated.Zone
MORE STORIES

Amortized Cost (What It Means And How It Works: Explained)