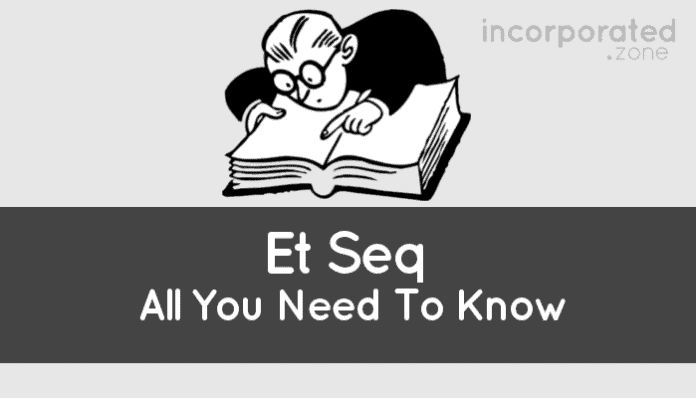 What is et seq?

What is the et seq. meaning?

When do you use it in law and what are some examples?

What is the difference with etc? 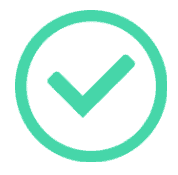 In this article, we will break down the Latin phrase “ET SEQ” so you know all there is to know about it.

We will first provide you with its meaning, then look at its definition, possible variations of the phrase, when to use it, the difference of et seq vs etc, et seq vs et sequitur and more.

Et seq is the abbreviation for the phrase “et sequentes” which is Latin for “and the following”.

Typically, the phrase “et seq” is used in law to refer to different sections of a statute, regulation or pages of a document.

Using plain English, this sentence can be written as follows:

Abbreviation for the Latin phrase “et sequentes,” meaning “and the following

Et sequentes can be abbreviated in different ways such as:

When to use et seq

The abbreviation et seq is often used in legal writing although it can be used in other disciplines.

Disclosure requirements and prohibitions have been enacted in the California Anti-Predatory Lending Statute in Sections 4970 et seq.

Instead of referring to each of the section numbers relating to the requirements and prohibitions of the California Anti-Predatory Lending Statute, you refer to the first relevant section (Section 4970) and tell the reader to continue looking at the following (et seq.)

What is the difference between et seq and etc?

Etc is the abbreviation of the term etcetera which is a Latin term meaning “and so forth”.

Et seq. is the abbreviation of the phrase et sequentes which is a Latin phrase meaning “and the following”.

We use et seq to refer to specific sections or known items in a list while we use etc to refer to the rest of a defined list.

Here is an example of “etc”:

In this example, the reader is asked to deduce the rest of a defined list of digital advertisements.

Here is an example of “et seq”:

Such claims are filed pursuant to Section 12117 et seq. of the American With Disabilities Act

In this example, the reader is referred to a specific section (Section 12117) and informed to consider the sections immediately following as well.

Et sequitur is a Latin phrase that means to conclude by inference.

It is a reasonable sequitur that this company is going bankrupt

“Et sequitur” means that by inference, logic or deduction will follow.

Here are some examples:

What does et seq mean

Lawyers drafting demand letters, court petitions or policy documents, for instance, will use “et seq.” to refer to sections of a statute, regulation or code.

You can refer to the seller’s remedies under the Uniform Commercial Code at Sections 2-703 et. seq.

How is et seq used in a sentence?

You can use et seq in a sentence when you want to refer to a list or pages.

Corporations can elect to be taxed like LLCs (pass-through taxation) provided they qualify under Subchapter S et seq. of the Internal Revenue Code

Offeree (Best Guide: Who Is It, Legal Definition And Examples)

Pro Se (What Does Pro Se Mean And Legal Definition)

Aforementioned (Definition, Examples And Use In Contracts)

What Is Sui Generis (Legal Use and Definition)

Pro Se (What Does Pro Se Mean And Legal Definition)

Mutatis Mutandis (Meaning in Law, Legal Use And Contracts)