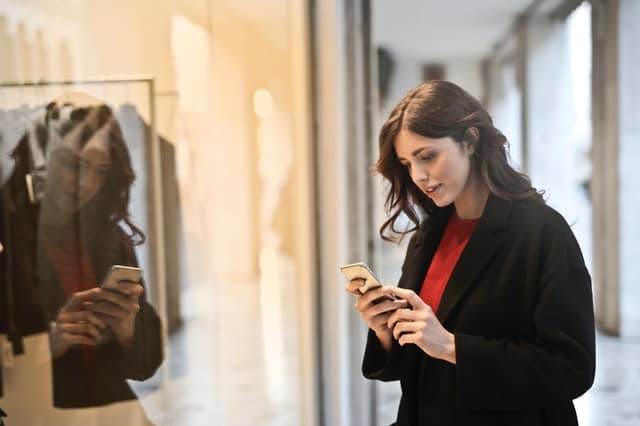 What does entrepreneur mean anyway?

Who is an entrepreneur and what traits do they have?

We all know or have heard about Bill Gates, Steve Jobs and Mark Zuckerberg. These guys have profoundly changed the world and how we live.

You can also think about John D. Rockefeller and Henry Ford, entrepreneurs of the 19th century, who revolutionized the world and changed the course of history.

In this article we will go over the following points:

1- How is an entrepreneur defined?

So what does this really mean?

Let’s analyze this definition of what is an entrepreneur.

So an entrepreneur is a person who:

An entrepreneur is a person who finds an opportunity, builds a business based on this opportunity, gambles that it will work and finally enjoys the rewards.

This is a good perspective but needs to be complemented.

An entrepreneur is not just about a person looking to take an opportunity and earn a profit.

A true entrepreneur is one who is fueled by a personal drive, an obsession, a relentless desire to achieve a certain result, achieve an objective, solve a problem or innovate unlike it was done before.

An entrepreneur is therefore an individual who will create a business opportunity and fight every day, tirelessly, obsessively and courageously to get to the desired objective and achieve the result, nothing less.

2- Why is entrepreneurship important?

Entrepreneurs are good for the economy

Entrepreneurship is crucial for the overall economic growth.

Entrepreneurs, through their innovation and new ways of doing business stimulate the economy.

For many entrepreneurs, why take a small piece of the pie? Why not bake it?

Entrepreneurs help create jobs and get people to work in challenging and new ways.

More jobs and employment will bring additional revenue to the entire economy.

Entrepreneurs are good for the economy!

Entrepreneurship is about problem solving.

A famous entrepreneur in the modern era is Bill Gates. Know him?

He solved a very unique problem and changed the course of history.

He asked himself the following question: how can I make a personal computer that is easy to use and accessible to all? By developing a user interface offering easy click, drag and drop capabilities users can now visually navigate computer programs instead of writing code. Simple and so profound.

The rest is history.

This money comes from their idea, their vision, their creation, their hard work, their ability to gather a group of people to turn the idea into a reality.

It’s making something out of nothing.

Entrepreneurship is creating value in such a way that 1 + 1 is greater than the sum of its parts.

When Steve Jobs developed the iPhone during his reign as the CEO of Apple Inc. He took existing technology, existing material and parts and created something totally new and innovative.

He generated billions of dollars from the sale of the iPhone.

He created totally new industries and markets such as the mobile phone apps market and spurred the advancement of mobile phone technology. Millions of people thrived on Steve Jobs’ innovation.

This added billions of dollars to the global economy. It make Apple Inc. the first company in history to reach a market capitalization of $1 trillion dollars. That’s remarkable.

We’re talking about the largest organization in the world in market capitalization. This is the money multiplier effect in action!

Entrepreneurship is really a continual cycle of defining a need, investing in the idea, building something either new or solving a current problem and finally repeating the process.

This can be summarized as: define, invest, build and repeat cycle.

For instance, when Steve Jobs came up with the iPhone idea, he had an idea, he invested in research and development, created a new and innovative product, created a new market and then went into repeating the cycle over and over in the same niche and parallel niches.

He further innovated by bringing in the tablet. That followed its own cycle but complementary to the iPhone.

He consolidated digital music through its iPod line of products. What a revolution in itself!

3- Who is an entrepreneur?

An entrepreneur can be anyone.

Entrepreneurs have some innate and some learned sets of skills and abilities that make them who they are.

The true essence of an entrepreneur a person who is:

The entrepreneur initiates change, challenges the current norms, thinks outside of the box. Why adhere to the status quo? The entrepreneur will bring real and concrete changes to the world therefore creating value for others.

The true entrepreneur will convince others of the needed change, lead a group of people and rally them for the common purpose and cause. The entrepreneur pushes forward, through thick and thin, but never stops pushing.

The entrepreneur is a fighter, a machine, a superhuman steering the ship to move forward.

There is no stopping, no resting, no celebrating until the mission is accomplished. The real entrepreneur will achieve his or her goals and will immediately look towards new challenges. An endless drive, a constant fire lighting the desire to be better and to find better ways.

An entrepreneur is not necessarily driven by monetary gains, wealth or fame. A genuine entrepreneur is one that is only motivated by the desire to overcome challenges, imagines the world in a different way, elevates the standards and shatters barriers and obstacles to make way for the new.

In the end, an entrepreneur is a unique breed within the human species that we all envy, want to emulate and look up to as role models.

4- What are the traits of an entrepreneur?

An entrepreneur exhibits a series of traits and characteristics that make him or her successful. It’s a blend of traits that produce a desirable combined effect.

If you are a scotch fan, you know that some scotch blends are absolutely phenomenal. Each producer will have their own unique blend, with their own distinctive aroma and taste. When you have a great quality blend, you just know it.

It’s the same with entrepreneurs.

Entrepreneurs have a blend of skills and abilities that drives them to be who they are and how they behave. They see the world through their own unique lens and have dreams and aspirations in their own unique ways.

When you are in the presence of a true entrepreneur, you just know it.

Having said that, although there is no unique recipe for success, experts tend to agree on several key characteristics and traits exhibited by entrepreneurs.

This list is not exhaustive or in any particular order.

From our perspective, passion is the most significant characteristic of every true entrepreneur.

No matter the outcome, they are passionate about what they do. They keep going at it, non-stop.

Entrepreneurs do not care about how much time, effort or sacrifice will be needed to achieve their goal, they will do it no matter what. Their commitment to their cause is irrevocable.

They crave the exhilaration and feelings of personal satisfaction when they get to their destination.

The entrepreneurs that succeed are highly competitive.

They are so competitive that they even compete with themselves. They will be harder on themselves than anyone else in many cases.

Entrepreneurs have this innate urge to beat their own record, elevate their own standards, prove to themselves that they can do it better.

What’s interesting is that when someone tells them that they cannot do something, entrepreneurs will step up their game into overdrive to make sure they prove to everyone out there that they were wrong.

This is the hallmark of great entrepreneurs in history and those around us.

This competitive feeling is what fuels entrepreneurs to move forward, to fight the long fight, to train hard, to practice, to rise to the challenge, to rise after the fall, to keep rising, to take blows and learn from them, take more blows and not give up, to accept losing a fight but striving to win the battle.

Entrepreneurs have remarkable stamina that keeps them going.

There is a lot of external competition out there.

Every entrepreneur is convinced that they can do things better than the others can. They want to be the best in their game and want to play the game their way.

An entrepreneur means a person who is a dreamer, an innovator, a self-motivated initiator, creator, investor, risk taker, leader. An entrepreneur is a fierce competitor, money multiplier and passionate leader breaking barriers, challenging the status quo and instigating breakthrough changes.

A real entrepreneur is someone who is born an entrepreneur. There is only so much that can be taught in school.

We hope that this article helped you better understand what it means to be an entrepreneur.

Are you an entrepreneur? What are the characteristics of a genuine entrepreneur according to you? Leave us a comment, we would love to hear from you!

The Law of Compensation (Universal Law of Behavior)

What Is A Deposition Letter (Sample Letter)

What Is A General Practice Attorney (All You Need To Know)

Subpoena Vs Summons In Civil Lawsuits (Understanding The Differences)