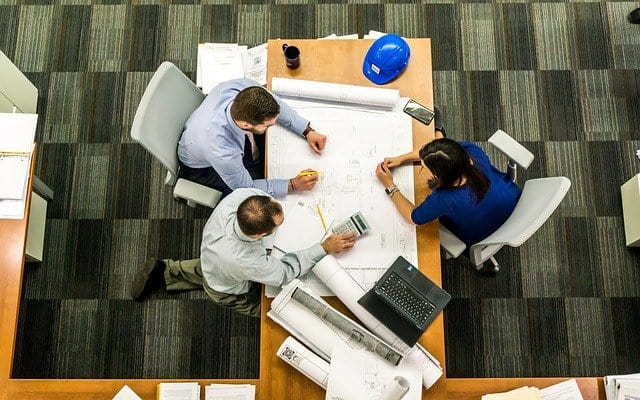 Are you wondering what happens after a deposition?

You’ve completed the discovery phase of your lawsuit and now what’s next?

How will your lawsuit evolve after the witnesses have been deposed?

In this article, we’ll go over all you need to know about what happens after a deposition.

What happens after a deposition in a lawsuit?

What is a deposition?

A deposition or examination is a hearing where witnesses testify under oath.

Depositions are taken during the discovery stage of a legal action and they are generally conducted outside of the courtroom.

Often, the lawyer calling the witness will conduct the deposition at his or her office.

Witnesses will be deposed under oath as if testifying in front of a judge.

During the deposition, the lawyers will ask questions to the witness, assess the nature of the facts presented by the witness, appreciate the witnesses’ credibility and evaluate the overall impact of the witness on the case.

Depositions in different types of lawsuits

Depositions can be done for any type of legal action.

Depending on your jurisdiction and what the law authorizes, you can have:

So you’ve gone through a deposition, the lawyers asked you questions and you did your best to answer them.

Once the deposition is over, a few things can happen.

What happens after the deposition

The first step after a deposition is to wait for the deposition transcript to be prepared by the court reporter or stenographer.

The court reporter is a person who attends the deposition, takes the oath of the witness and records every word spoken during the deposition.

Getting the transcription of the deposition is crucial as it can be used as formal evidence in court.

In many jurisdictions, the parties have the choice to file a copy of the transcript as evidence in the court record or not.

It may happen that during the deposition, a witness refers to a document, a report or a material element in their possession but not readily available at the deposition.

In that case, the witness will be asked to take an undertaking to provide a copy of that document or material within a reasonable time period after the deposition.

This is generally called “undertakings”.

The undertakings must be communicated either within the timeline agreed by the lawyers at the deposition or within any legally mandated timelines.

Once the transcript is communicated by the court reporter, the lawyers to the case will carefully review the transcript and assess the witness’ testimony in detail.

With the transcript in hand, the lawyers will be able to catch the subtleties and nuances in what the witness had revealed.

This is a very important step as the lawyers will attempt to use statements made by the witness under oath in their favor or to the detriment of the other party.

Lawyers will generally want to summarize the transcript in such a way that they can extract the most valuable content.

This process is called digesting a deposition.

Be sure to read our post on what is digesting a deposition.

Transcript review by the client

Even though the lawyers will carefully review the transcript, the client or party to the case should also read the transcript to better understand the testimony of the witness.

This can be quite helpful for the lawyer in the case.

The party reading the transcript may identify important subjects or sensitive topics useful to their case.

Once the client reviews the transcript, a session should be held with the lawyer to discuss the content of the deposition.

In parallel to the lawyer and client reading the transcript and evaluating the witness’ testimony, the parties may need to resolve objections raised against some questions asked to the witness during the deposition.

If there were objections raised to questions asked during the deposition, the lawyers will need to take legal procedurals steps in resolving the objections.

In some cases, the witness will be asked to answer the question subject to the objection raised by a party.

In other cases, the witness will be asked not to answer the question subject to the objection.

If the questions were not answered, then the lawyers will need to file necessary motions in court to have a judge decide on whether those questions should be answered or not.

The rules governing the conduct of depositions, objections and resolution of objections will vary from one jurisdiction to the next.

You’ll need to consult a lawyer to better understand the proper legal conduct of depositions.

Based on the information discovered or facts uncovered during the deposition, you will need to review your legal strategy to determine if you are still on the right track.

If the deposition revealed new factual elements with potentially significant impact on your case, you’ll need to decide if you should continue your discovery and depose other witnesses.

You may also find that you achieved your objections and got important facts helping your case.

After a deposition, you want to adapt your legal strategy in such a way that you take advantage of the content of the deposition.

In some jurisdictions, the discovery phase is quite liberal allowing the parties to discover important facts.

A legal strategy may be to continue the depositions.

In other cases, the discovery phase may be limited or even not possible unless permitted by the court.

You should consult a lawyer to guide you on your legal strategy.

Once the depositions are done and completed, the parties to the lawsuit will have a much better idea as to where they stand.

Do you have credible witnesses?

Have the witnesses testified in an impactful way?

Did you solidify factual elements helping you improve your overall legal position?

What is the nature of information gathered by the other party during the deposition?

What’s your anticipation of the other party’s change in legal strategy?

In light of the discovery and depositions, the parties may decide to engage in settlement conversations.

After the depositions, the parties have a good idea of their legal strategy, the relative strength of their case and how much effort may be needed to go to trial.

If the depositions went really well for you, the other party may not want to take the risk and go to trial and will be open to a settlement.

The opposite is also true.

If you feel that the depositions did not prove to be impactful to your case and you have major legal or factual gaps in your case, you may want to consider settling the case.

You’ve gone through the deposition phase of your lawsuit, you’ve gathered all the facts, evidence and documents and you tried to settle the case but it did not lead to anything.

If you were not able to resolve your lawsuit after the depositions, you’ll need to prepare your case to go to trial.

Many cases are settled after the depositions but those that are not will proceed to trial so a judge can make a final ruling.

Depending on the rules of your court, you may be able to use the deposition transcript in court as evidence or you may use them as a substitute in case a witness cannot show up.

Often, depositions are used during trial to attack the credibility of a witness or to contradict them.

The depositions are testimonies under oath that can be used as evidence.

Many wonder what happens after depositions.

Depositions are crucial in helping parties bolster their case by finding additional factual grounds in support of the legal theories.

Depositions happen during the discovery phase of a lawsuit and it’s a stage where relevant witnesses are called to provide an account of what they know about a case.

The witnesses will testify under oath.

The testimony of the witness will eventually be transcribed in writing by a court reporter and that can be used as evidence in court.

After a deposition, you’ll need to reassess your legal strategy to ensure that you are still on the right track.

Depending on how successful you were in gathering crucial and relevant facts to support your lawsuit, the other party may be inclined to settle the case.

If you can agree on settlement terms, then your lawsuit will come to an end.

If not, you will proceed to trial.

During the trial, the deposition can be used to impeach a witness and attack his or her credibility.

In most cases, depositions are crucial to gather the factual basis needed to successfully try a case.

You will need to consult a lawyer who can explain to you the rules of the court so you can assess your deposition options.

We hope you enjoyed this article on what happens after a deposition.

Do you have any comments to share with us?

What happens after a deposition?

After a deposition, the following happens:

Do most cases settle after a deposition?

Every case is different. However, when a key witness is deposed and provides key testimony or communicates crucial documents or evidence, every trial lawyer must assess the impact and consequence of that deposition on the overall case. If a party considers that it may be too risky to go to trial, then there may be more chances for an out-of-court settlement to be reached.

If the parties are rational and the lawyers provide adequate guidance to their clients, often it may be worth settling the matter out-of-court than risking it all before a judge.

What comes after a deposition?

The most important thing that comes after a deposition is your case review and reassessment. Depositions are generally held during the discovery phase of a lawsuit. If the discovery reveals certain factual aspects about the case with a potential impact on the legal strategy pursued, it’s important to adjust your litigation strategy.

How long does it take to settle a lawsuit after deposition?

The best practice is to be ready to proceed to trial and assume that the case is not settled. This way, you will not get caught off-guard.

Collateral Estoppel (What Does It Mean And Why It’s Important)

Boutique Law Firm (What It Means, Benefits And Characteristics)

Compensatory Damages (Overview: What Is It And How It Works)

Why Set Up A Data Room For Due Diligence (Overview)

13 Ways to Immediately Improve Your Law Firm Finances in the...

Why An Engagement Letter Is Critical To Your Practice

Collateral Estoppel (What Does It Mean And Why It’s Important)

Boutique Law Firm (What It Means, Benefits And Characteristics)

Compensatory Damages (Overview: What Is It And How It Works)